Homeless Is Not My Choice has coordinated 12 projects, serving 2635 meals between 6 locations in the past 8 Years 11 Months 25 Days 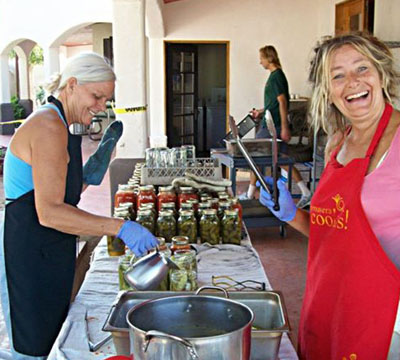 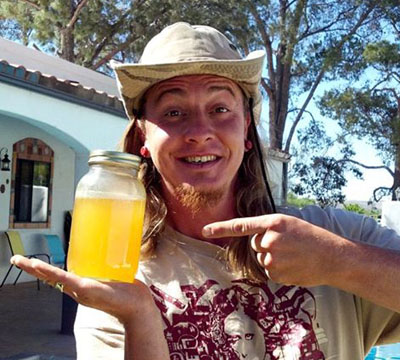 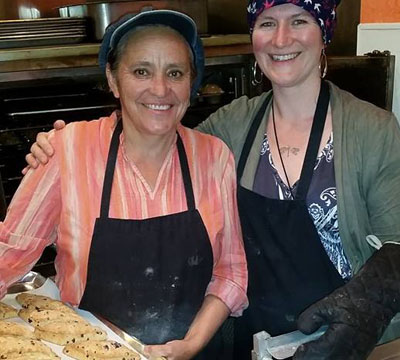 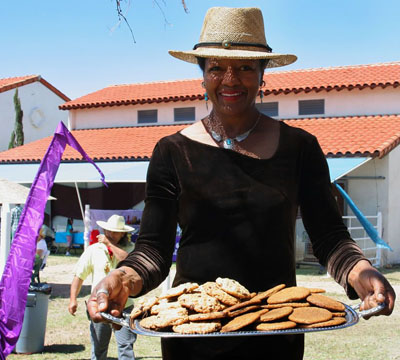 We returned to the Homeless Veterans Stand Down this year after attending in 2014. The event is put on by Tucson Veterans Serving Veterans and is an impressive outreach, filling every room in the Tucson Days Inn Hotel, providing resources, hair cuts, hot food and lodging for hundreds of Tucson's homeless veterans. The Homeless Is Not My Choice team assisted with packing away donated clothes, clothes washing and engaged in personal conversations with many beautiful and unique people. We plan to volunteer again next year! Participating volunteers: Ele-Elleid, Eric, MaHuSeen, Kamon, VarNaNae 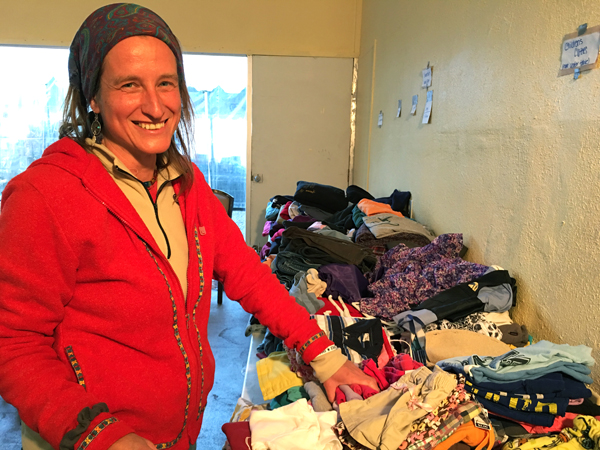 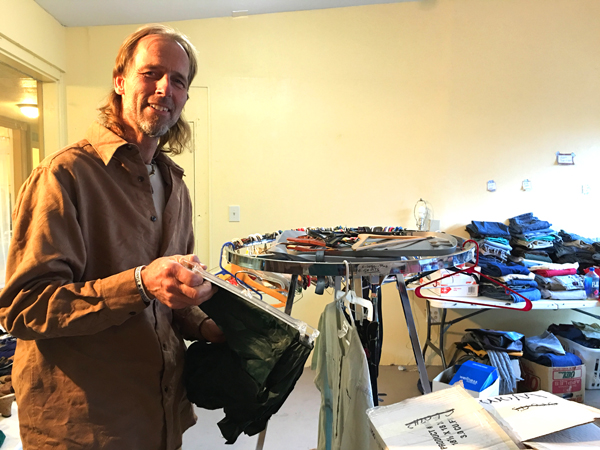 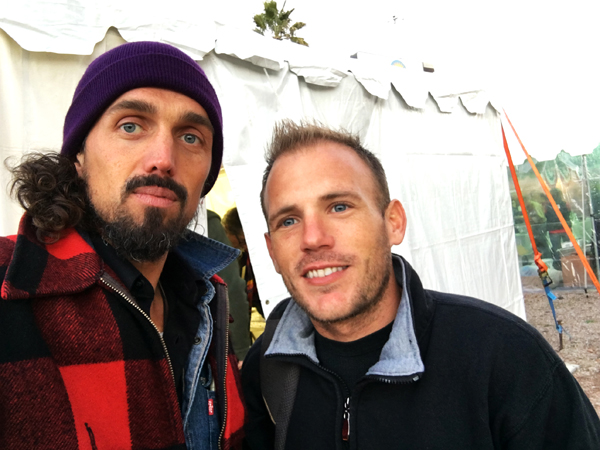 Homeless Is Not My Choice returned to Casa Maria on this Saturday with 5 of our volunteers — Ele-Elleid, Kamon, Jahlandon, Eric, and Arlin — to serve 60 gallons of soup and 600 bag lunches. After preparing and serving the meal, our volunteers picked up 2 cargo vans of food that had been donated to the free kitchen. We were touched by the need we witnessed from the poor and impoverished of Tucson. We finished out the day by cleaning up litter around Casa Maria and we are excited to return again soon. 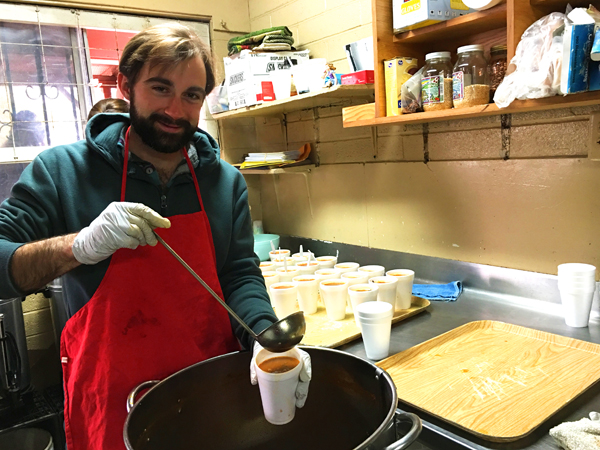 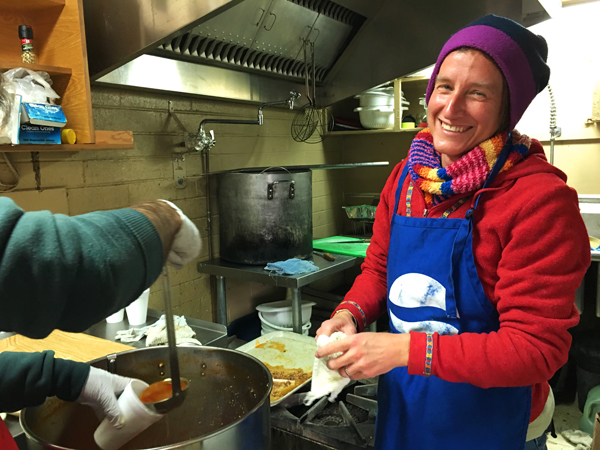 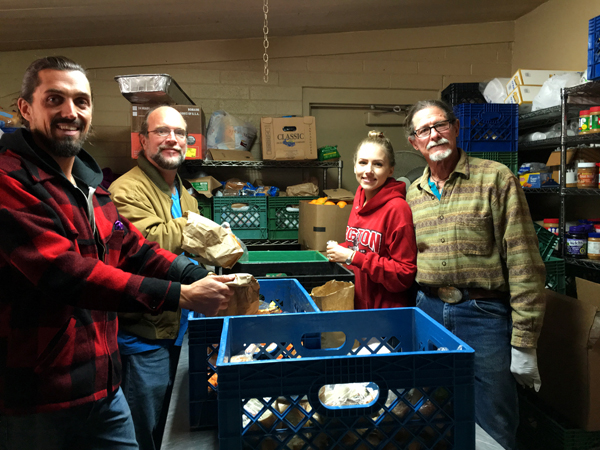 Having worked previously with the Catholic Worker Community at Casa Maria, Homeless Is Not My Choice returned in October to make another 300 brown bag lunches with sandwiches, fruit, yogurt, and drinks for families and single individuals. We drove and picked up two cargo vans full of food to be processed for the operation of the Soup Kitchen, and picked up litter along the nearby streets.

Casa Maria is a Catholic Worker Community that operates a daily Soup Kitchen in Tucson, AZ. Homeless Is Not My Choice Volunteers made 800 sandwiches to serve to the homeless and others in need who came to the Soup Kitchen. We also picked up litter along the nearby streets to spread some positive upliftment to the environment!

Having previously worked with the Men's Gospel Rescue Missions, Homeless Is Not My Choice volunteers were happy to be back to prepare and serve an evening meal to approximately 200 individuals. Some men were completely homeless, coming in off the streets, while others had been living in the shelter on different levels of the shelter's programs. Homeless Is Not My Choice volunteers saw the meal through to the end, and cleaned up afterwards so the shelter could be up and serving meals again the next day.

Having worked before with the Women's Gospel Rescue Mission, Homeless Is Not My Choice volunteers were happy to come back to prepare an evening meal for the residents and their children. We ate with the residents, creating a community environment that was wholesome and uplifting, and cleaned up afterwards. Volunteers spent time playing sports and providing companionship to the women and children in the shelter. Additionally, we put in an extra effort to deep clean and disinfect the kitchen, food storage, and dining areas.

Homeless Is Not My Choice volunteers prepared the evening meal for the residents and their children. We ate with the residents, creating a community environment that was wholesome and uplifting, and cleaned up afterwards. Volunteers spent time playing sports and providing companionship to the women and children in the shelter.

Homeless Is Not My Choice volunteers prepared and served 115 hot meals to the men, women, and children who seek meals from the Crossroads Nogales Mission. The Mission provides shelter for the homeless and family services for those in need, so we felt humble to be able to spend a day in service to this worthy organization.